Esther Olsson is one of the most energetic people you will ever meet. She is always beaming with positivity and doing stuff. The best way to describe Esther, is to imagine an electron in an atom – permanently bouncing around, never content to sit still. At just 22, Esther currently works alongside well known local designer Beci Orpin, and as an assistant to artist Kirra Jamison. In the past, her versatile skill set has also seen her working with a host of other local creative businesses including Supergraph, Radical Yes and Hunting for George. This girl wastes no time!

Originally from a small town in Gippsland called Neerim South, Esther grew up on a hobby farm with her big, creative family. Her mother is an art teacher, and there was never a shortage of creative projects on the go for Esther and her three siblings while growing up. Esther moved to Ballarat to complete her VCE, and later to Melbourne in 2012 to study graphic designer at Grenadi (now Tractor). 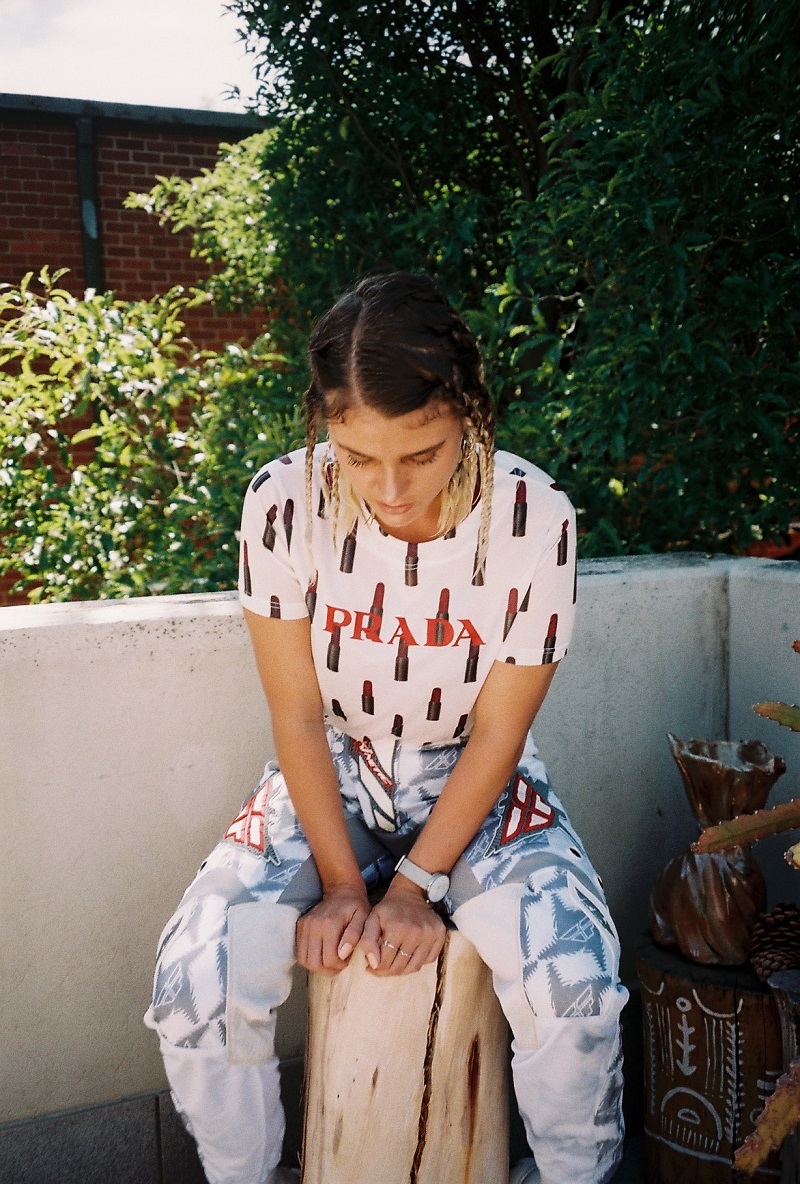 Only recently has Esther started to paint. Transitioning from her graphic design background to fine art is what she calls a ‘happy accident’. In fact, Esther says she always wanted to be a painter, but was originally swayed by her mum’s artist friend. "My mum’s friend grabbed me by the shoulders and shook me saying: don’t be an artist! So, I applied to study graphic design," Esther recalls.

While studying graphic design, Esther always found herself drawn towards illustration, and eventually this took over. She soon decided to shift gears and look for experience in this field, and before long started working with Beci Orpin, and then Kirra Jamison, who has become a firm friend. "One night Kirra and I got in to deep conversation about life and ended talking about why I don’t paint. Basically the reason was that I had never learnt, and ever since she has been mentoring me!" Esther says. 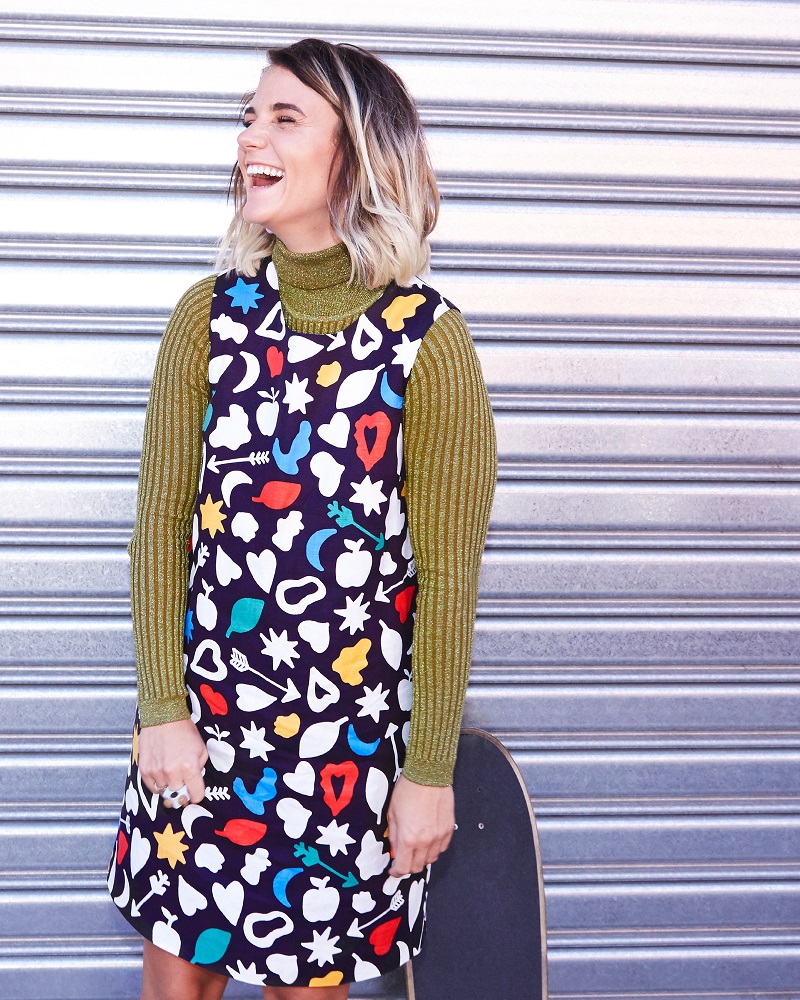 Much like the artist herself, Esther’s paintings are bold, quirky, colourful and funny. Her work is inspired by her everyday life, the people she encounters and her love of hip hop. The stimulus for each painting generally begins with a phrase she conjures up. "I will fill a page with images that come to mind from that," she explains. "My own personal philosophy that manifests within my work is to approach life with a sense of humour and joviality".

A face of Highpoint's Fashion Hunt campaign, Esther not only gave us an insight into her personal fashion style, she also created a custom-designed tote for participants to win once they complete the treasure-hunt style event. "Fashion is about having fun and doing your thing. It's a great expression". 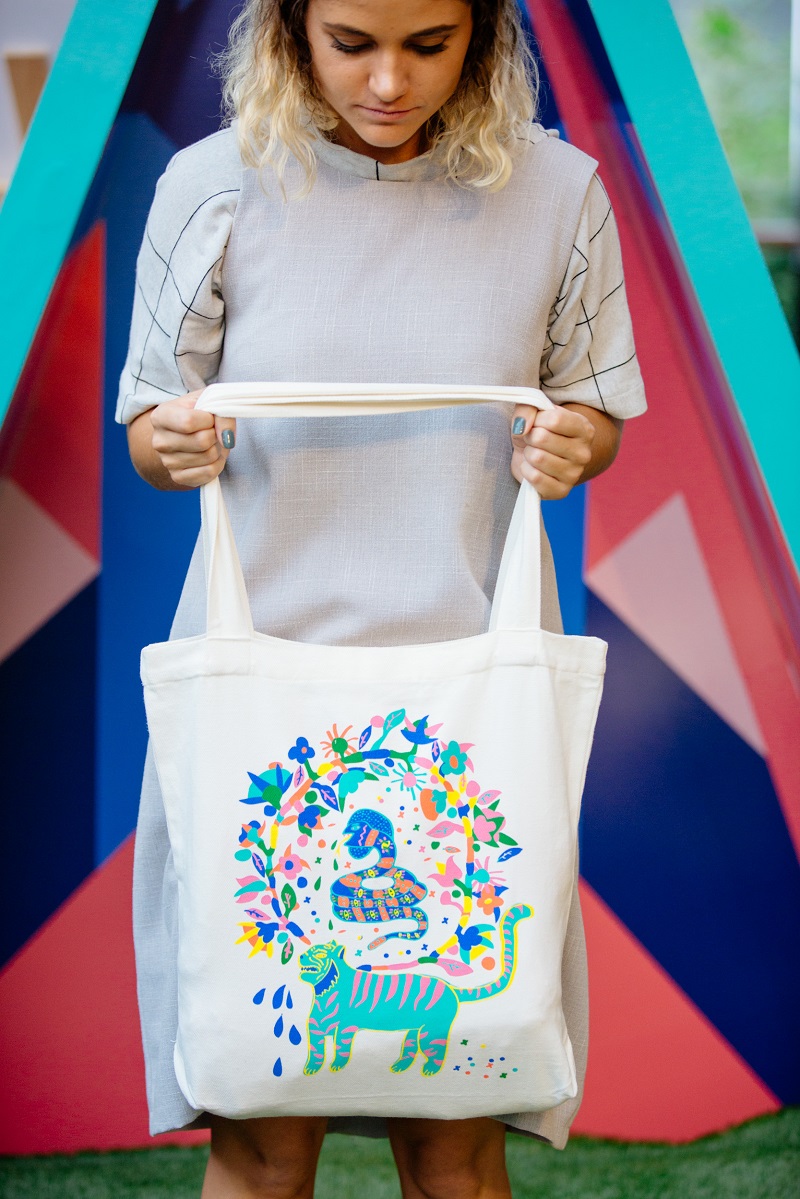 With a bright future ahead of her, we can't wait to see what Esther does next!