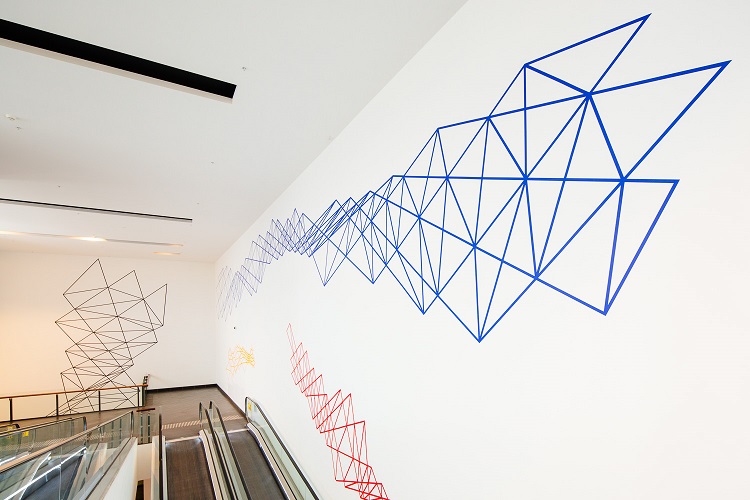 Kerrie Poliness' Wave Drawings respond to the geology of the local region and the movement of people through the space. Designed to reflect the rich working-class background and history, the eight large-scale wall works were launched in 2013, sprawling up the walls between car park and retail therapy.

From the lava flows of the volcanic plains of western Victoria to the waves of migration that saw this part of the city grow and sprawl, Poliness drew on her work with the Living Museum of the West, where she has collaborated on a geographical survey of the area, to devise Wave Drawings, a multi-coloured collection of intricate geometric patterns marked out in vinyl tape.

''There are 400 volcanoes between Melbourne and South Australia and they were all erupting at different times. So the lava flow and ooze and all that sort of thing from the volcanoes has basically, in layers, created the structure of the Western District,'' says Poliness. ''Highpoint sits on top of the edge of one of those really big volcano lava waves so it's like it's on the crest of the wave. And since I've had that concept in my head I haven't been able to think of it any other way.''